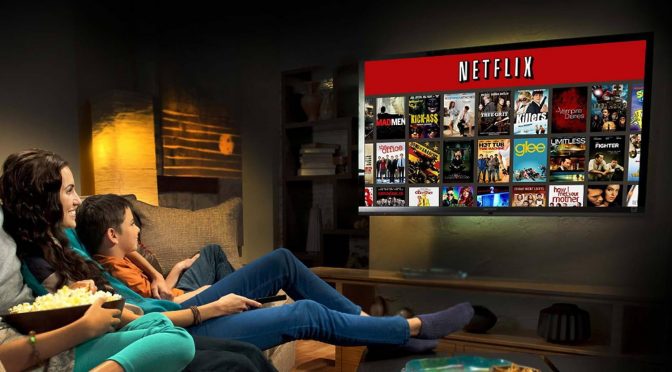 After facing some bad publicity in Canada, Netflix went full force to “set the record straight” on their investment into Canada. In case you missed it Netflix has agreed to $500m investment over next 5 years into Canada. Also Province of Quebec decided that they will charge taxes on Netflix whether it has offices in Canada or not, no matter what the federal government decides to do.

Netflix critiques’ blame it for not paying taxes in Canada and not providing enough Canadian content yet having around 6 million users (40% of Canada adult population over 16 and if you include household that number is probably closer to 60% of Canadian).

Full Netflix Letter to Canada is Below

Last week, we received approval under the Investment Canada Act from the Minister of Canadian Heritage, the Hon. Melanie Joly, to create Netflix Canada, a new home for Netflix original productions in Canada. It’s our first permanent production presence outside of the U.S. Netflix will use Netflix Canada to work directly with Canadian producers, creators, talent and crews to create more great content.

As part of this approval, Netflix committed to invest at least half a billion CAD in movies and television shows produced in Canada, both in English and in French, over the next five years. This means certainty that Netflix will continue to play a large role in the Canadian production community. We have invested in Canada because Canadians make great global stories. That says more about the quality and strength of Canadian content, talent, and crew than a commitment of any dollar amount.

We have more work to do when it comes to finding great stories from Quebec told in French. That is why on top of the half a billion CAD investment, we made a commitment to invest CAD $25 million dollars in market development activities over five years. Netflix will use that additional investment to host pitch days, recruitment events, and support local cultural events to ensure Netflix Canada reaches vibrant Canadian production communities, including the French-language community in Quebec.

Since the announcement we’ve seen lots of excitement, questions, and even some conspiracy theories about our investment. We’d like to set the record straight:

Netflix is an online service, not a broadcaster

Some say Netflix got special treatment because the government didn’t force us to meet special content quotas as part of our investment — that’s wrong. Netflix is an online service, not a broadcaster. No online media service — foreign or domestic — is subject to traditional broadcast media regulations like quotas or content levies; they’re also not eligible for the regulatory benefits that traditional media enjoy. The CRTC decided in 1999 (before Netflix even had a streaming service) that these regulations would not apply to internet-based media. We think that’s the right approach. Internet-native, on-demand services like Netflix are consumer-driven and operate on the open internet. We don’t use public property like broadcast spectrum or rights of way and we don’t receive the regulatory protections and benefits that broadcasters get (and, by the way, we’re not asking for them).

People choose what they want to watch on our service so we have to invest in the best content from around the world. We didn’t invest in ANNE, Frontier, Travelers or Alias Grace to fill a quota, we invested because they are great global stories. We will continue to invest in great Canadian content, and in other productions made in Canada like Hemlock Grove, A Series of Unfortunate Events, and Okja, that are not Canadian content but that make use of, and showcase to the world, Canada’s outstanding talent, facilities, resources and locations.

We understand that people are curious and eager for immediate details about what comes next. But remember: our commitment marks a long term investment in Canada — not just a next week, next month, or next year investment. That means that now that we’ve been given the green light to establish a local production presence, we have some planning and hard work to do before we can make any additional official announcements.

There is more to come. Stay tuned….