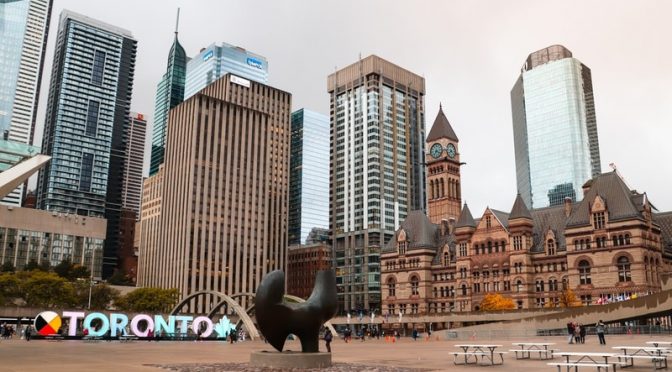 Toronto has been in the news a lot due to its growth when it comes to technology businesses. American and Canadian companies have been investing heavily into Toronto, for example just in one month alone, September 2018, more than $1.4 billion dollars was invested into the city.

So what drives companies to come and invest into the City of Toronto?

Toronto tech scene employs over 240,000 workers. When it comes to cost and quality of tech workers in North America, Toronto comes in the lead.

Toronto is so HOT that it had more tech job growth than the US cities of San Francisco Bay area, Seattle and Washington, D.C. combined.

Immigration has been a big success as well, with over 51% of Toronto population born somewhere else. And unlike other places, Toronto nurtures and appreciates its immigrants.

Ontario and Canada has Toronto’s back

Federal and provincial governments have provided various investment into tech hubs as well as developing programs to make it easier for immigrants with the right background to come to Toronto for tech jobs as well as allows international students to stay in Canada and work right away on open work permit.

CBRE recently posted a study which suggests that renting office space in Toronto is a lot cheaper / pretty much half than renting the same space in New York or San Francisco.