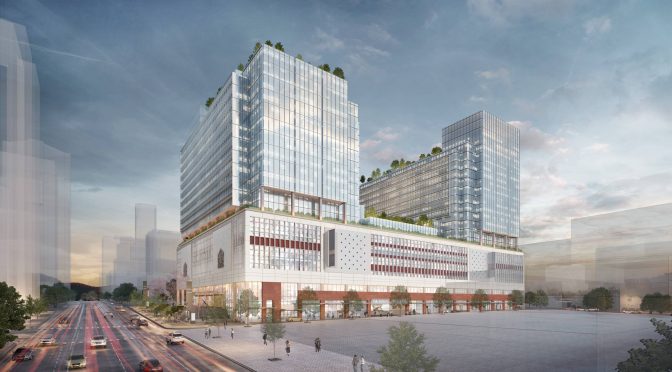 Amazon announced that it will be adding 3,000 tech jobs in Vancouver. The jobs that Amazon will be trying to fill would be among e-commerce technology, cloud computing, and machine learning.

The new Amazon office will be located at Canada Post headquarters, at 349 West Georgia Street in Vancouver. Approximate opening date will be sometimes in 2022.

This new office will be a 3rd Amazon office in Vancouver in addition to TELUS Garden office opened in 2015 and Dunsmuir Street office to be opened in 2020.

Along with @CanadianPM & @MayorGregor, we’re honoured to welcome our valued partner @amazon.ca to The Post, a landmark location at Vancouver’s new social & cultural nexus. The Post will be home to 7000 people who will work, create and collaborate here. https://t.co/jeS7epiQUc pic.twitter.com/lnuKZpG8xy

“Amazon is excited to create 3,000 more highly skilled jobs in Vancouver. Vancouver is home to an incredibly talented and diverse workforce, and these thousands of new employees will invent on behalf of our customers worldwide.”

Amazon is employing over 6,000 employees in Canada, most of them are in tech. By 2022 it seems like Amazon will employing over 10,000 (or maybe even more if Toronto gets selected for HQ2).

BC Premier John Horgan was happy to hear the great news

Great news for the #bctech industry! @Amazon announced this morning that it will create 3,000 new jobs in BC by 2022. #bcpoli

Unlike Toronto, Vancouver was not selected for the 20 shortlist vying for Amazon HQ2. But nevertheless Vancouver is a very strategic city for Amazon as it is only few hours drive away from Seattle, Washington where Amazon HQ is located as well as short flight from Silicon Valley where most leading tech companies are located. Microsoft has also been considering opening potential offices in Vancouver as proximity to the their offices in Redmond are almost the same as Amazon’s.

In case you missed it, Washington and British Columbia have recently announced plans for high speed train as well as seaplane that will get you around these cities in about an hour.