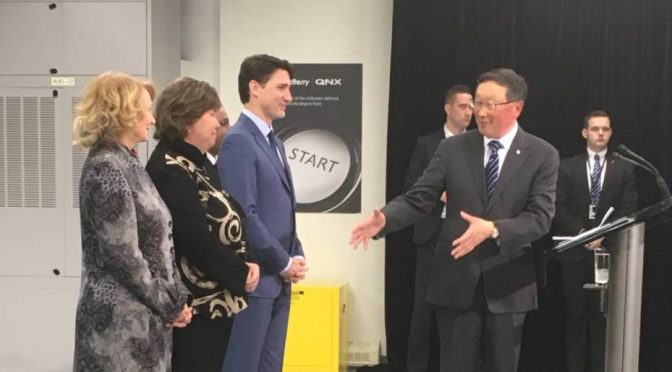 Blackberry teamed up with federal government and will be investing $350m to build self-driving cars in Ottawa.

Federal government will pitch in $40m while Blackberry itself will be investing $310m.

The jobs will be added over the next 10 years.

In January, Ontario government has announced greater leway for self driving cars to operate in Ontario. Where as before you had to have someone sit in a car as backup, now you are able to have the car drive by itself as long as you have some remotely monitoring it.

Blackberry’s division, QNX, was one of the first companies in Canada that had autonomous vehicle drive on its own in Canada in 2017.