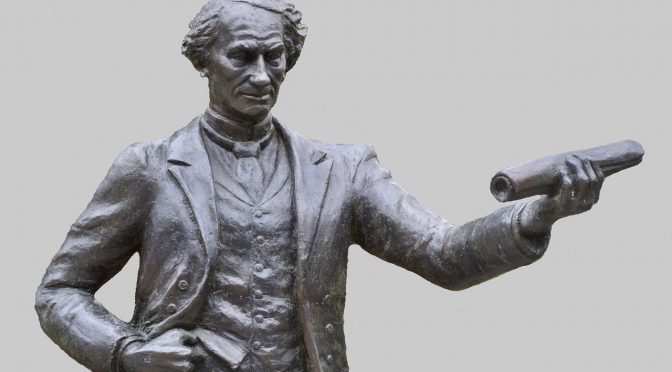 How do you know the Liberals are running the country? It is for some reason they have decided they no longer need small businesses.

Finance Minister Bill Morneau have announced some crucial tax overhaul changes in 50 years. To make a long story short (if you do not have time to read below) here is a quick summary of proposed changes:

See below petition for the new proposed tax laws which will impact Entrepreneurs and Startups. Please sign if you agree.

Liberal government’s new rules come at uncertain time for Canadian small businesses when American President Trump is renegotiating NAFTA, minimum wage is being increased by 30%+ ($15 an hour in some Provinces), and increases to CPP and EI.

The current tax system is fair and was designed for businesses to take risks and motivate people to make their own Canadian dream: work hard, buy a house, raise kids, make a lot of money and retire in Florida 😉 Canada Small businesses are backbone of this country and generate thousands of jobs.

If the Liberal government goes ahead with changing the small business tax rules, you may just see more doctors and dentists leave Canada.

Finance Minister is saying all “high income individuals” need to pay their share and play by the book. He says they now have unfair advantage. But do not let them fool you – proposed changes will punish all small businesses.

When Finance Minister is talking about those “high income individuals” he is talking about your friends, family, neighbours, all good smart law abiding Canadians trying to make a buck. These include doctors, your electrician, guy who does your lawn, guy who fixes your computer, etc.

They are the ones with their families who take the highest risk of starting and running a business. They do not even get the same benefits as normal employee – there is no parental leave, maternity leave, no pension, health benefits or vacation pay.

Here is a video from Allan Madan explaining the changes we have outlined below as well:

Now is the time to call your MP and tell him or her you will not stand for these unfair changes to small businesses.

What are the proposal to change the tax system for small businesses in Canada? There are three:

Now you can employ your spouse and even your kids in your small business to help you with various tasks and for these you pay them from the business and therefore lower tax bracket for everyone. Say you generated $150,000 (which is taxed at 32% if you take it as your income) but can go down to as low as 150-20% or less if you pay yourself, your wife, and your 2 kids. Essentially this way you can save around $20,000 on $150,000.

Liberals want to eliminate this – their reasoning is why employed people who make $50,000 need to pay more tax than people in small businesses who make $150,000.

Liberals also want to eliminate what is called lifetime capital gains exemption (LCGE) – basically if you start your business now and it becomes successful and you want to retire and sell the business for profit – now you do not need to pay taxes when you sell it for up to $835,716 this year. You work hard, now you can benefit from all this dough. Not so fast: Liberals do not like that and want to eliminate this and slap you with hundreds of thousands of dollars in taxes.

Basically now if you make profit $100,000 in your small business, you would pay 15% or $15,000 in taxes and can keep the other $85,000 in what is called holding company and reinvest it say in stocks. You do not have to take the money out personally out of the company. If you would take money out personally you would end up paying almost 50% marginal tax rate.

Government thinks it is unfair for you to keep the money in your small business and pay small business tax, and invest and grow your portfolio. They want to introduce punishments to businesses who decide to keep the money in the company for investment purposes. They are saying that this way they will eliminate the “cheaters” who abuse the tax system for the last 50 years (since this was introduced). Basically making more money is now a crime.

Business owners may decide to convert their salary into capital gains. Government is trying to eliminate this.

Conservative Government is Fighting Back

Andrew Scheer, Conservative Party Leader, is fighting back against the Liberal changes and says:

They took a risk and left their jobs to start this new venture. Now they’re worried that the Liberals are putting their operation in jeopardy, by taxing away their future.

Kevin and Michael are not rich, they’re middle class Canadians – exactly who Justin Trudeau claims he wants to help.

Today I asked why he’s putting the future of Canadian job creators, like Kevin and Michael, at risk with this increased tax hike.

This morning I visited Vimy Brewing Company, a start-up business operated by Kevin and Michael, two brothers and former Navy reservists. They took a risk and left their jobs to start this new venture. Now they’re worried that the Liberals are putting their operation in jeopardy, by taxing away their future.Kevin and Michael are not rich, they’re middle class Canadians – exactly who Justin Trudeau claims he wants to help. Today I asked why he’s putting the future of Canadian job creators, like Kevin and Michael, at risk with this increased tax hike.