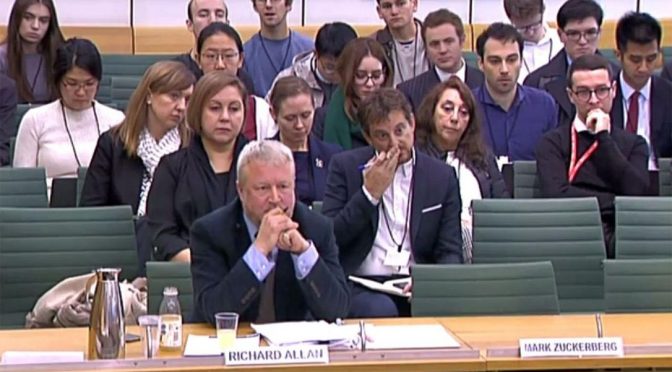 Facebook ruled out advice about anti-trust regulations from nine governments at meeting in the UK. Mark Zuckerberg declined to attend a meeting instead sending Facebook’s VP.

“The problem is Facebook. The days of the Wild West of Facebook are numbered. What we’re regulating … are the symptoms.

Perhaps the best regulation would be antitrust.”

Angus blamed Facebook for its dominance saying that if someone wants to use another social media they have to use Facebook’s owned Instagram or Whatsapp. He said because Facebook does not have any real competitors they can ignore regulations.

“Unless you’re going to turn off the internet, I’m not confident that people, the people we serve, you serve, would be better off, in a world where Facebook is not able, however imperfectly, to offer services where we spend 15 years learning how to do it.”

Angus said that he considers Facebook to be a fraud on a massive scale as they stood idle and did nothing.

You can see Angus’s further comments in the video below

“The days of the Wild West of Facebook are numbered,” says @CharlieAngusNDP, who participated in a nine-country parliamentary committee on disinformation and fake news today in London, U.K.