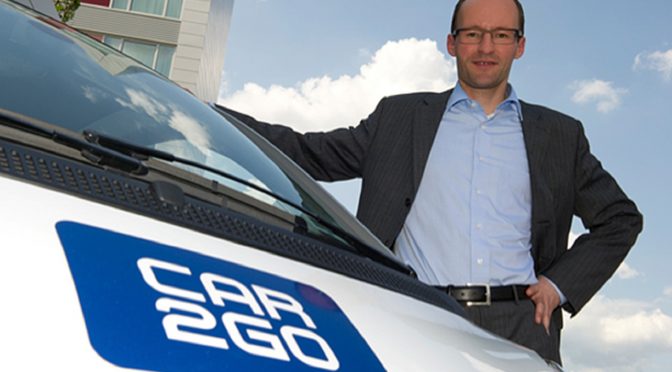 Car2Go, world’s largest car-sharing company,  is no more, at least in Toronto. It has recently announced that they will call it quits.

Car2Go blamed City of Toronto as the reason for leaving Toronto: “car2go is being forced to suspend operations in Toronto as of May 31 due to the City of Toronto’s decision to pass a heavily amended pilot that makes our service inoperable.”

Over 80,000 of Toronto users who use Car2Go on almost daily basis this news came as a shock and now they would be forced to find other means of transportation.

“Despite our best efforts over a nearly six-year collaboration with the City of Toronto to establish an effective regulatory framework for free-float carshare, City Councillors have passed a heavily restricted pilot that ultimately weakens mobility options for Torontonians.

Other cities around the world – including Vancouver, Montreal and Calgary – have fully embraced our service because of the numerous economic and quality of life benefits free-float carsharing brings to their cities.

It’s obvious that Toronto City Council did not take the time to learn from other cities how to establish effective free-float carshare policy.

The pilot eliminates all residential permit streets in Toronto currently waitlisted at 95 per cent and above. This means that almost 10,000 parking spaces where Torontonians regularly start and end Car2go trips today will be forbidden once the pilot begins.”

Look at all the places I can use my Car2Go membership. Notice which city isn’t marked!

Mayor John Tory expressed disappointment that “Car2Go has chosen confrontation over collaboration.” /// No, it’s City Hall that is unwilling to collaborate or have the vision necessary for a “world class city”.

Toronto Mayor John Tory replied basically saying that Car2Go has to play ball if they want to stick around. Instead of collaboration, he says, Car2Go has decided to be confrontational.