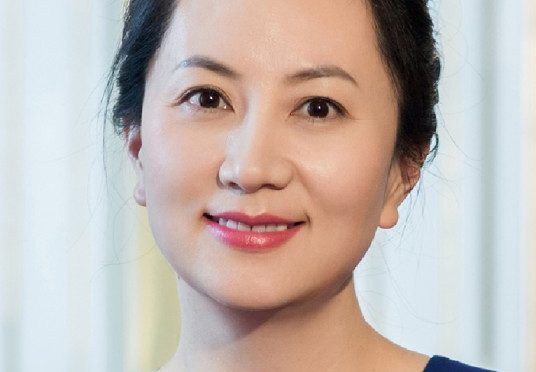 UPDATE #1: Meng was granted $10m bail in Vancouver. Canadian Judge said he was satisfied with this arrangement and does not believe Meng will try to escape the country.

Huawei said: “We have every confidence that the Canadian and U.S. legal systems will reach a just conclusion. As we have stressed all along, Huawei complies with all applicable laws and regulations in the countries and regions where we operate, including export control and sanction laws of the UN, U.S., and E.U.”

United States now has 60 days to file their extradition request.

China told Canada this week to release Meng Wanzhou, Huawei CFO or else it will face severe consequences. Meng was recently captured by Canada on her flight through Vancouver from Hong Kong to Mexico and is now waiting for extradition to US hearing for fraud accusation.

US Government claims that Huawei with Meng in command tried to evade their sanctions on Iran. Meng is a daughter of a Chinese billionaire, Huawei founder Ren Zhengfei, who is worth more than $3 billion dollars.

US claims that Huawei used unofficial subsidiary to do business with Iran. A big no no when it comes to US tough approach to Iran.

Huawei is a Communist Party spy agency thinly vieled as a telecom company. Its surveillance networks span the globe & its clients are rogue regimes such as Iran, Syria, North Korea & Cuba. The arrest of Huawei’s CFO Wanzhou Meng in Canada is both an opportunity & a challenge.

If extradited to US, Meng could be charged with up to 30 years in prison for each charge.

“China strongly urges the Canadian side to immediately release the detained person, and earnestly protect their lawful, legitimate rights, otherwise Canada must accept full responsibility for the serious consequences caused.”

Meng is now before British Columbia Court to see whether she could be released on bail. Chinese government denies any wrongdoing and claims it is politically motivated.  Stay tuned.