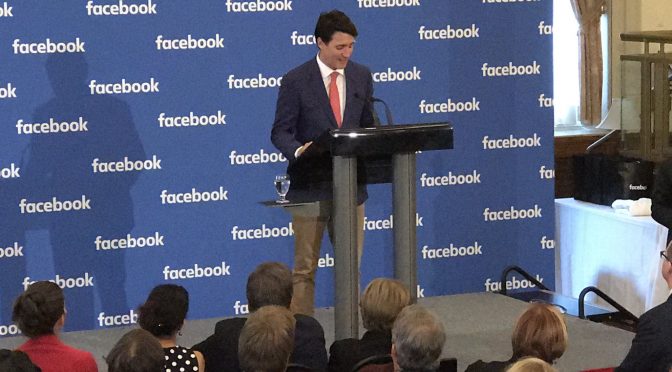 Facebook is the latest company, following in footsteps of Microsoft and Google, to open AI office in Montreal , to capitalize on its cheap labour, major universities like McGill and Concordia and its established artificial intelligence sector.

Facebook is catching up with Google and Microsoft who already have offices / labs in Montreal.

Facebook’s lab is already up and running with few researchers setting up their desks and getting ready. Facebook expects to have 10 employees shortly, with 20 more hires within the next few years or so.

McGill Professor Pineau was educated in United States but has decided to come back to Quebec , Canada even though a lot of people advised her against moving back to Quebec. But she said she proved them wrong:

“For many years, I’ve seen a steady stream of talented AI researchers . . . leaving my lab but also leaving our country,” Pineau told dignitaries, including Prime Minister Justin Trudeau. “I hope that some of the students who are here today will find an opportunity that matches their interest and their talent.”

Prime Minister Justin Trudeau and Montreal Mayor Denis Coderre was on hand for the opening of the lab. Trudeau said:

So it should come as no surprise that more tech giants are choosing our cities as their homes away from home.