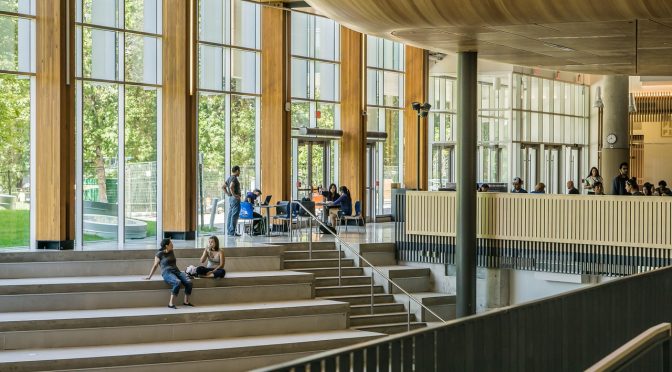 Four of Canadian universities made it to TOP 100 list compiled by The Times Higher Education.

This is their 14th edition. This time they have analyzed data from 1,000 universities from 77 countries.

Canadian universities in the Top 100

The University of Toronto (UofT) has many pioneering achievements to its name, including Canada’s first academic publishing house, the first forest science faculty in the country, and becoming the first Canadian university to reach more than C$1 billion in endowment.

Students and researchers are organised into 12 faculties on the Vancouver campus and a further seven on the Kelowna campus. UBC offers a special joint undergraduate programme with Sciences Po – a higher education institution in Paris.

The university offers more than 300 different degree subjects to more than 40,000 students from 150 different countries. It counts itself as one of Canada’s most internationally diverse institutions.

McMaster’s medical school is well-renowned and the university also provides teaching across the faculties of engineering, business, humanities, social sciences and science. The university places a strong emphasis on research working to target some of the most urgent needs in society particularly in the field of health sciences. This includes research from the Stem Cell and Cancer Research Institute which turned bits of human skin into blood cells, which could help to alleviate the shortage of blood donors.

If you look at Top 1000 you can see many other Canadian universities that made the list such as University of Calgary, Carleton and others.

The report stated that:

Compared with the US, Canada can also provide cheaper study options, simpler application processes and more opportunities for permanent residency.

According to the Canadian Bureau for International Education’s International Student Survey, more than 90 per cent of students questioned were satisfied or very satisfied with their studies in Canada, and 95 per cent would recommend Canada as a study destination.

You can see the full list of universities here , most of them are offering computer science and accept international students.