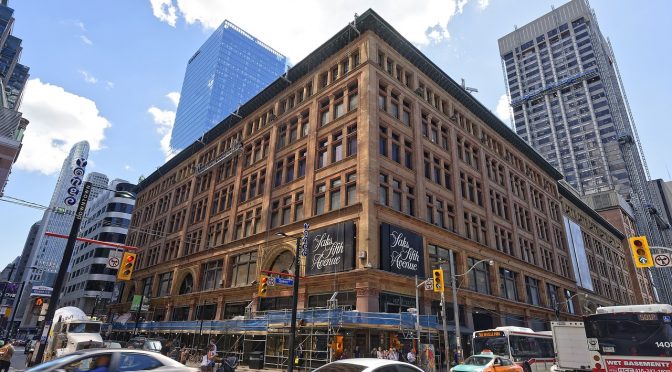 Amidst the financial crisis that the COVID pandemic has brought on Toronto, there’s still one constant source of reliable information.

The Greater Toronto Area’s technology sector keeps on thriving. The latest case in point is the delivery app DoorDash which is planning to start a 50-man team composed of engineers by the end of the year. It’s the first engineering office of the company outside of the US.

In an interview, Brent Seals, DoorDash general manager said, “We’re excited about the world-class talent that’s available in the Toronto area.” He added that their move will help them with their goal to provide the best experience for the company’s merchants and customers.

DoorDash is just one of the tech companies that are expanding in Toronto. Uber also announced its plan to double its Tech Hub workforce in the city. As for Google, they have plans to open three new sites in the country, including one at King Street East. Pinterest also joined the bandwagon, with plans to add 50 more workers and several engineers. Like DoorDash, it is Pinterest’s first engineering hub outside of the US.

Many companies are drawn to the city for a variety of reasons, but it is the skilled workforce that helps seal the deal.

Google’s head for Canadian operations Sabrina Geremia also commented that the city’s existing network of technology companies is a big factor on why they are expanding their presence in the city. “Toronto has a world-class tech ecosystem, [and] is one of the most diverse cities in the world….”

Toronto’s technology sector was already booming before the pandemic. Statistics show that around 67,000 tech industry workers arrived in the city between 2015 and 2019.

The influx of tech workers to the city boosts its technology industry to over ten percent of the The Greater Toronto Area’s workforce according to Robert Kavcic, senior economist at BMO Capital Markets. He also pointed out that the tech sector helped keep the region’s economy afloat amidst the pandemic. Kavcic added that the tech industry is “one of the few areas where employment didn’t really dip all that much.”