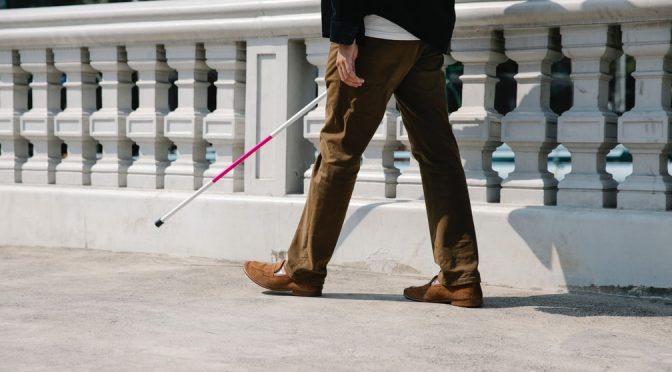 People with disabilities are often overseen by the authorities in power, which showed when the ArriveCan app was launched. This app plays an essential role in cross-country travel and border crossing. The app’s inability to cater to those with different needs sparks a larger conversation about due consideration and fair practices.

It was Robert Fenton who raised concern when using the Apple voiceover screen reader on his Apple device. Fenton, a board member of the CNIB (short for the organizations’ previous name -Canadian National Institute for the Blind), says that the problem arose when he tried to get access to the app. The problem essentially blockades blind people from setting up their accounts because of the poorly designed verification system. Because the only path to entering the verification code for their email relies on the support of a sighted person, the app is inaccessible to blind people.

The federal law enforcement agency has since acknowledged the issue and Jacqueline Callin, the spokeswoman of the Canadian Border Services Agency, issued an email apology for the matter as well. The email pointed out the gap between the newly added features in the app and that the team is working to resolve the issue.

As an alternative, for the time being, authorities direct their differently-abled users towards the online route. Unlike the app, the online portal for ArriveCan overcomes the hurdle, allowing blind people to access their accounts without dependence on sighted individuals.

This, of course, is not the first incident of its kind. In fact, according to Fenton, the same app had another bug that was only recently fixed. This issue was related to the privacy window that popped up each time the app was opened. This unfairly held blind and partially sighted people from proceeding to the next screen.

These shortcomings on the part of the government aren’t in line with initiatives like the Accessible Canada Act from 2019, which set to eradicate barriers in departments under the federal jurisdiction. What makes this issue further heated is that it affects the mobility of blind athletes from Canada who seek to participate in the Tokyo Olympics.