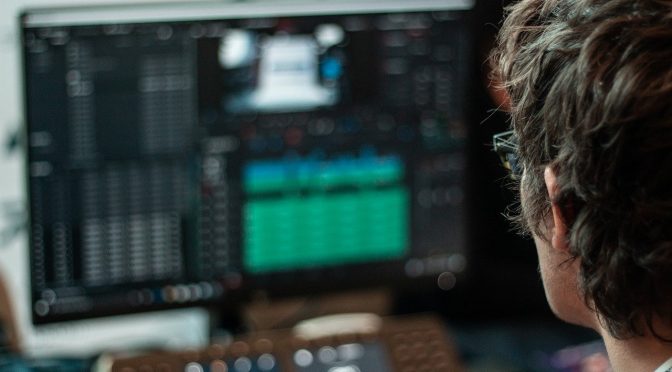 Forget about remote developers, even just hiring local developers is already a big headache. You have to post a job to hire and source the resumes, screen the resumes, interview candidates, etc. Imagine the amount of headache you have to go through when hiring remote IT professionals like developers, DevOps and cybersecurity experts.

On one hand it feels great when hiring remote developers because they can cost 50% or lower than your local developers in Canada or the US. But can it really lower your cost that much? And is hiring remote workers really reliable?

We went out for advice to six established technical leaders as well as cofounders and asked them what they do to help hire the right candidates.

Allen Kaplun, Co-Founder at Greendropship, green products’ drop shipping business, explains how he does it.

We’ve been hiring developers for several years and went through a ton of trial and error. Here’s what you need to know.

Sam Richards, Cofounder at Trivia Games, trivia games website, has a different spin on hiring remote IT employees. Sam had successfully hired remote employees through LinkedIn and would definitely do it again.

1 .We’ve hired remote developers to work on various web projects, and below are some of our takes on hiring remote. Yes, we’re based in the US and have brought on developers working remotely over the past couple years. We’ve definitely saved money on development costs, it’s allowed us to get more work done, especially in the early days of our business when we were on a shoestring budget.

2. We’ve found developers in a couple of key sources:

LinkedIn – we’ve had our internal recruiter research developers based on various skillsets listed in their profile. We’d perform virtual interviews via Zoom and provided a full skill assessment test to ensure the developers had the technical ability to complete the jobs we were hiring for.

Guru – we’ve hired project based developers on Guru and even brought one on board as a full time team member.

3. Management of the developers isn’t too different from other members of our staff. We have regularly check-ins, typically on a weekly basis. There are some time zone challenges but we try to meet in the middle so neither party is working too late or too early.

Michael Alexis, CEO at teambuilding.com, team building events company, says Upwork is the place to be when hiring remote IT workers.

We hired on Upwork” 💰: We have hired remote developers via Upwork.

The contractor was based in Russia and charged $40 per hour. The developer works on a per project basis, so we just assign work when ready. Usually we outline these projects in Google Docs that include bullet point descriptions, goals and screen shots. In this way, we’ve been able to work with skilled developers, at a fraction of the cost of full-time employment.

Alan MacLachlan, Founder at https://improves.co/, Personal Tennis Coaching, seconds Upwork but with a tip of his own.

Unusual way to get the best remote developers: We have hired some good remote developers from UpWork. The best tip I can give you is when you write your job posting, somewhere in the project description ask bidders to include a certain phrase at the top of their introduction or bid.

For example, ‘When replying to this project please write the word ‘sunshine’ at the top of your reply’ 99% of replies you receive won’t do it because they don’t read it fully or just use templated answers.

Straight away you can eliminate providers who don’t have attention to detail and didn’t read or fully understand your requirements. It allows you to see straight away the providers who took the time to read and understood what need.

From there you can go through your normal hiring process. Personally we always start off with a small task and see how they perform before working on more complex projects.

Hiral Atha, CEO at Moveo Apps, web agency, recommends using Linkedin for its ease of use.

LinkedIn has definitely been the primary source for scouting talent. After a preliminary resume screening and portfolio evaluation round, we set up a few rounds of remote interviews, starting with phone interviews that gives the candidate a chance to get comfortable, following up with video sessions.

There’s obviously the stage where we gave the candidates a small project to work on which immensely helped us assess key technical skills. Apart from that, equally important to us is assessing non-technical aspects such as the candidate’s ability to collaborate remotely and self-accountability. More than saving money, this gave us access to highly talented developers as we weren’t limited geographically.

Last but not least, Eric Mintz , CEO at EM Squared, End-to-End Business Automation | IoT Development and Integration firm, warns against hiring remote employees. He advises to spend more money on good local developers and save money on your project.

The remote developers are typically full-time employees of an offshore company. The locally-based representatives are there to guide you through getting a quote for a project. In most every case, the quotes were jaw-dropping. The local representative packed the quote with mountains of unneeded hours. It felt like being sold undercoating at a new-car dealership. If you aren’t technical enough to know what you’re doing, you will easily spend 100% to 300% more with an off-shore company than you would spend for the same project with more expensive, more experienced, more honest local freelance developers.

The projects I did offshore didn’t go well. The technical team leads who were my points of contact for the projects, rarely did much of the work themselves. They delegated to junior-level developers who were quite inexperienced. Communication was often difficult, hampered sometimes by strong speaking accents, but hampered always by distant time zones and poor phone/voice connections.

The projects were poorly designed, and often, not designed – much like carpenters nailing up boards haphazardly to build a house without the benefit of an architect’s blueprint. As a result, the applications were brittle and ongoing maintenance was particularly costly.