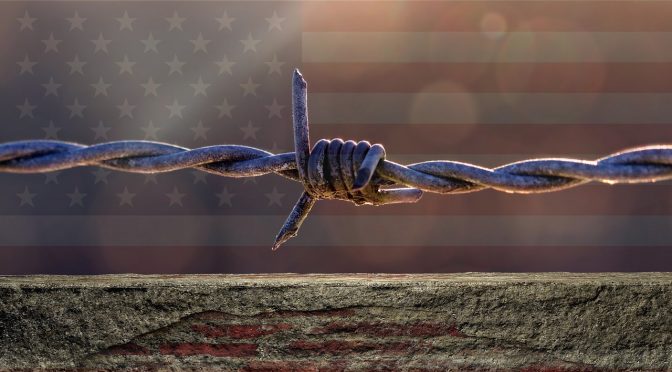 A lot of our users live in Canada and commute to the US on weekly basis to go to work, conferences, seminars, etc. Since Donald Trump got elected, it seems, it became more frequent for border guards to do secondary inspection and inspect your belongings including your cell phone.

Even in Canada under Prime Minister, Justin Trudeau, Canadian government wants to introduce Bill C-23 under which if passed: U.S. border guards would get new powers to question, search and even detain Canadian citizens on Canadian soil under a bill proposed by the Liberal government. A Canadian going to the U.S. through a pre-clearance area [on Canadian soil] can say: ‘I don’t like the way [an interview is] going and I’ve chosen not to visit your country.’ And they can just turn around and walk out.

“Under the new proposed bill, they wouldn’t be able to walk out. They can be held and forced to answer questions, first to identify themselves, which is not so offensive, but secondly, to explain the reasons for leaving, and to explain their reasons for wanting to withdraw,”

So what do you do? Can US border agents force you to unlock your devices?

No.  But they can make your experience pretty uncomfortable. Do you really want to put up with 10 hours in custody because you do not want to show your facebook posts? If you agree to give up your device it might be seized for weeks and the data on it might be copied.

Can US border agents force you to give up enter your password for social media?

Once again the answer is No. But if you unlock your device – most people’s cellphones do not require passwords to enter their Facebook or Twitter.

So what do I do when entering US?

Travel with least data possible.  Maybe have one device for your work and one for your personal or store all your data in the cloud.

You can comply and get on your way or put up a fight and ask for a lawyer. If you are not American citizen or immigrant with Green Card you might be refused entry to the US due to this decision.

How about Canadian border up North? Mounties are nice, right?

Not so quick. Read the following excerpt from the Canadian Customs website:

Customs Searches Under Canada’s Customs Act, Canada Border Services Agency officers have widespread powers to stop and search people, their baggage and other possessions and devices at any Canadian port of entry (land border crossing, air terminal or sea port).

Canadian courts have generally recognized that people should have reduced expectations of privacy at border points. In this special context, privacy and other Charter rights are limited by state imperatives of national sovereignty, immigration control, taxation and security.

Canada Border Services Agency officers are authorized to conduct searches of people entering Canada, including their baggage, parcels or devices such as laptops and smart phones. These searches may be conducted without a warrant. Officers may examine devices for photos, files, contacts and other media.

If your laptop or mobile device is searched, you will likely be asked to provide the password. If you refuse, your device may be held for further inspection. Our understanding is that the issue of whether a border security agency can compel an individual to provide a password for a personal electronic device at a border crossing is not something that has been specifically looked at by the Courts in Canada.