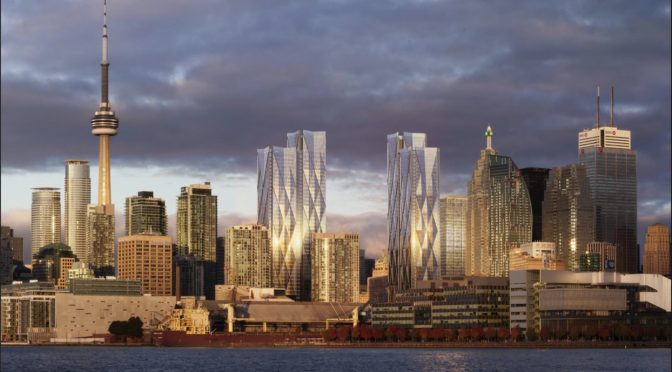 Big news for Toronto today, Microsoft has announced that it will be opening a huge office downtown Toronto.

Microsoft is committed to Toronto, so much so, it will be investing $570 million dollars into the city and the province of Ontario. At first they want to hire 500 employees as well as 500 students, but they have also announced that with this new office they can see an estimated 60,000 new jobs to be created around the “Microsoft ecosystem. by the time they open at the end of 2020.  Right now Microsoft employs 2,300 employees across Canada.

I’ll never get tired of saying it: Canada has one of the most highly-skilled, diverse workforces in the world. @Microsoft knows it and with today’s announcement is again investing in Canadian talent – creating hundreds of new jobs. Get the details: https://t.co/LMnGuiMVcs

Now that Microsoft has made this big decision, Amazon needs to make up their mind as well, and choose Toronto as well for their HQ2.

Some were dissatisfied with the announcement:

Now Microsoft is moving its HQ to Toronto. If the City of Toronto doesn’t implement any measures to ensure sustainable growth, be prepared to see the income disparity in Toronto continue to grow. You can definitely say good bye to affordable housing.https://t.co/vqWg9fYMge

Microsoft also has offices in Vancouver where they they have development centre and Montreal where they have AI research lab. In a recent announcement they said in Vancouver they will be adding 50 employees, and 75 more employees in Montreal.