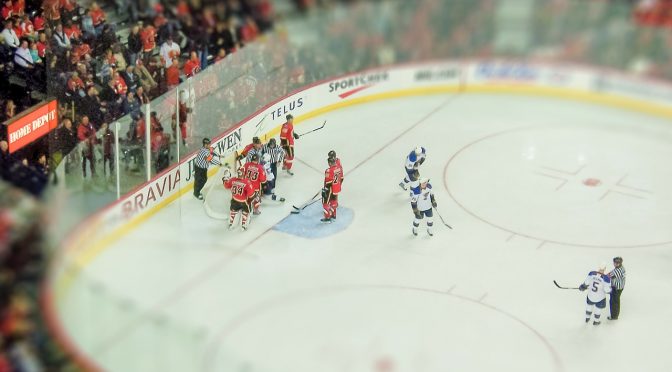 Update: CRTC said that during disputes – it is illegal for channel owners to just switch off their signal and owners should be penalized. Quebecor, Pierre Karl Péladeau, said that he does not recognize CRTC authority. Bell said that Quebecor license should be suspended immediately and for duration of hockey playoffs. CRTC said that it will announce its ruling soon.

Quebecor blocked TVA Sports signal to Bell TV subscribers. TVA Sports is what a lot of French speaking subscribers use to watch their sports in French. Bell as well as CRTC called this action as illegal.

The Quebecor started blocking the channel on the night when hockey playoffs have begun and irritated a lot of Bell users who watch TVA Sports.

Quebecor said that the reason for cutting the channel is because it does not believe Bell is paying it enough for their specialty channels and wants more money from Bell.

Bell said that customers affected by the blockage can watch “Sportsnet, Sportsnet One and Sportsnet 360 at no extra cost.”

CRTC threaten Quebecor saying it is “ready to use the means at its disposal to enforce its regulation” and wants Quebecor to resume TVA Sports to Bell subscribers as per contract immediately.
Patricia Valladao, CRTC spokesperson, “We take this issue very seriously and are taking steps to protect Canadians,”

Quebecor in its defense said in a press release:

“Quebecor regrets having to take this action, but given the current obsolete regulatory framework, the survival of specialty channels is at stake.

We’re talking about a commercial business dispute. It’s unfortunate that fans are caught in the middle.”