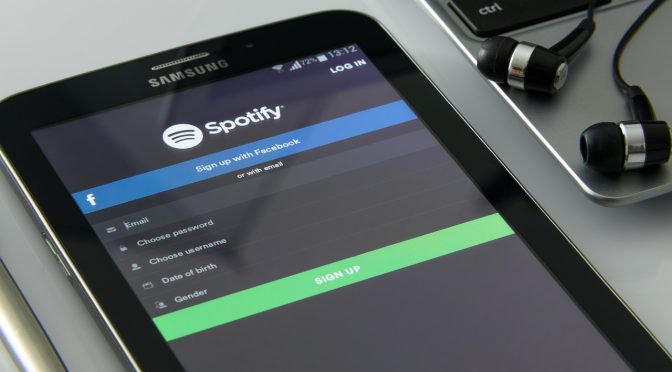 Quebec prides itself on consumer protection so much so that the overzealous rules that they have in place make many companies decide to opt out of doing business in Quebec.

This is on top of French language regulations where if products are not translated into French you are not allowed to ship into Quebec (even if store ships from the US or rest of Canada).

Unfortunately, due to circumstances outside our control, Spotify is not currently able to offer Spotify Premium for Students in Quebec. We hope to be able to make it available in the future. Thanks for your understanding! This offer is unavailable in Quebec. I confirm that I am not a resident of the province of Quebec.

It does not matter that companies collect local taxes and have apps in French and contribute millions of dollars. The Quebec “Protection du consommateur” consumer protection agency has rules that are very different from the rest of Canada and the US. These rules are costing companies millions of dollars if not followed.

The law that they are breaking? Unknown to many international companies that are doing business in the US and open up in Canada (with Quebec included) is the following law that exists in Quebec:

Every consumer, pursuant to the terms of Quebec’s Consumer Protection Act (“CPA”), who since July 4th, 2013 (the “Class Period”), was provided services or goods free of charge, for a fixed period (the “Fixed Period”), by any of the Defendants, and who, after the Fixed Period, was required to send a notice to any of the Defendants indicating that he/she does not wish to obtain the services or goods at the regular price (the “Regular Price”).

Basically that means that companies are not allowed to give you free trial and then automatically convert you into a paying customer – that is against the law in Quebec. Quebec wants the world to respect their authority or else.

Spotify users have recently received messages like this to advise them of this class action suit in Quebec:

We are contacting you in accordance with a Quebec Superior Court judgment dated November 1, 2017 (File No: 500-06-000798-161) which has authorised a class action on behalf of Québec residents against Spotify and other companies for the purpose of a settlement and ordered that potential class members be contacted by email.

According to our records, you lived within the Province of Québec between July 4, 2013 and November 1, 2017 and, during this period, signed up for a free or discounted trial on Spotify.com and maintained your membership after the trial period was over. If our records are correct, please carefully read the linked notice of the class action proceeding and a proposal for the Court to approve a settlement with Spotify.

If approved by the Court, the proposed settlement will provide impacted customers who cancelled their subscription in the 30 days following the end of their free trial with a credit for one free month of Spotify Premium. In exchange, Spotify will be released from any claims related to the free or discounted trial offer. Details of the settlement approval are in the notice accessible by clicking here.

Thank you for being a Spotify user.

That is why so many companies are choosing to avoid doing business in Quebec and just write:

“Not available in Quebec.”

Who are at disadvantage? Users like benlandry5 who wrote:

Hi, I can’t find my school McGill University in the SheerId listen of student universities. My university is 100% a university and is one of the original ones and most well known one in Canada. Can you fix this? Best Benjamin

Unfortunately, due to local circumstances, Spotify is not currently offering the Student Discount in Quebec.

These local circumstances are millions of dollars in lawsuit money that is hanging over their heads in the province of Quebec.

Not a big deal? Get big companies to adapt to Quebec

Some users do not understand what the big deal is. Law is the law they say. They say multinational companies need to smarten up when they enter “special” Quebec market:

Same reason why Amazon Prime doesn’t offer a 30-day free trial. Rather, they do 13 months for the price of 12, which you can cancel before the 31st day and owe them nothing…. so it comes out the same. So, Spotify is simply not as smart as Amazon in how they setup their pomos for QC. They could say, instead of 3 months at 99¢… they’re doing 15 months for the price of 12 or something like that. They’re just not willing, or not smart enough, to do it for what they most likely consider a “small market”. – WHO Deal Fanatic RedFlagDeals