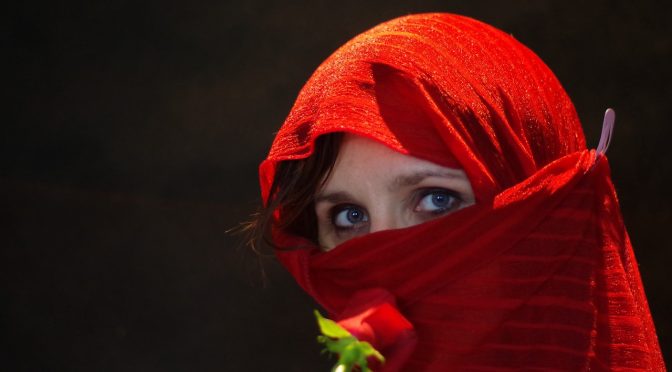 Canadian Province of Quebec is the first in North America to go ahead with banning veils on public transit and government institutions. This is the newly introduced Bill 62 that will prevent you from covering your face in spaces that are controlled by the government.

Quebec is the first place in North America where it will now be prohibited to wear the niqab or burka if you want to receive public services.

The interesting part was that the bill was passed by 66 vs 51 in favor not because the other parties objected but because they wanted it to be even stronger – wanted to ban kippahs and turbans as well.

Toronto Star recently interviewed Solange Lefebvre, a professor at Universite de Montreal who researches culture and religion in society, and said that Quebec is mainly influenced by French intellectuals when it comes to secularism and religious neutrality.

“It’s very clear why they did this. It’s the French influence. Quebec is a territory where the majority of people are francophone and who are historically Catholic and this combination with the intellectual ideas in France make it so France has a (strong) influence in Quebec.”

So if Quebec is similar to France why should we implement all their shortcomings? Do we need to copy any elements of France’s failed relations between Muslims and the non-Muslim majority? The parts of France where communities rarely mingle and Muslim community is deemed as outcast? The very low rate of integration?

Some Twitter users were not happy about this newly introduced law:

I am disgusted that Quebec has banned women who wear a burka or niqab from being able to attend school. This is fucked up Canada.

Yet some others supported it:

It is a cruel joke to claim you are liberating people from oppression by dictating in law what they can and cannot wear.

When it comes to what people can & cannot wear – my position has always been known, and it's where I'll always be: https://t.co/Sb0CloBeLw

Ontario Liberal Government has also criticized Quebec for passing it. They said that Quebec’s newly created bill is against Canada’s Charter of Rights and Freedoms and will most certainly be challenged in court. They said similar bill will not be considered in Ontario as government must respect person’s right to express themselves (including cloth) and their religion as they wish.

You are wondering why we at PlanetWeb care about this and what this has to do with tech.

The thing is there are a lot of Muslim women and their kids who chose to wear veil, who want to go to school to study, who want to go to library to educate themselves, whose parents do not have cars and need to take a bus to the library.

When this bill will come into effect these young women will not be able to get proper education and will have decide whether to give up their religion or go to university or library.

Even to go get a medical check-up or go to parent-teacher interview – they will have to part with their religion to do those things we take for granted.

Brendan Myers, Cegep Prof, from Gatineau said that he will not abide the law and allow niqab and burka in his classroms.

As I'm a Cegep prof, I might be obliged to enforce this in my classroom. If so, I won't. #quebec #niqab #burka https://t.co/ka6a7O4n4K

This will also affect Quebec on the world stage as it will get a bad reputation for not respecting Canadian Charter of Rights and Freedoms and the Quebec Charter of Human Rights and Freedoms protect freedom of religion and expression. This is because this law is essentially is preventing an entire class of people from one religion from working as public servants or receiving public services is a violation of those rights.

How will multinational companies can continue investing in place where entire class of people from one religion can not even get to work because they are not allowed to take a bus?

North Carolina passed a transgender bathroom law which required that people at a government-run facility must use bathrooms and locker rooms that correspond to the gender on their birth certificate. A lot of people protested against and deemed it racist. Companies like Facebook and Google opposed the bill and said that they will pull out of that state if the bill is not repealed.

It will be interesting to see if any Quebec’s private institution will voice their opinions in regards to this newly created bill.

It is also interesting to note that Forum poll last year found 28 percent of Canadians viewed Muslims unfavourably, that attitude was much more prevalent in Quebecers polled, at 48 percent. Is Islamophobia hiding behind notion of secularism in Quebec?

Quebec, of course, is very different from the rest of Canada for many different reasons. Anti-Muslim sentiment shouldn’t be one of them. To be seen.