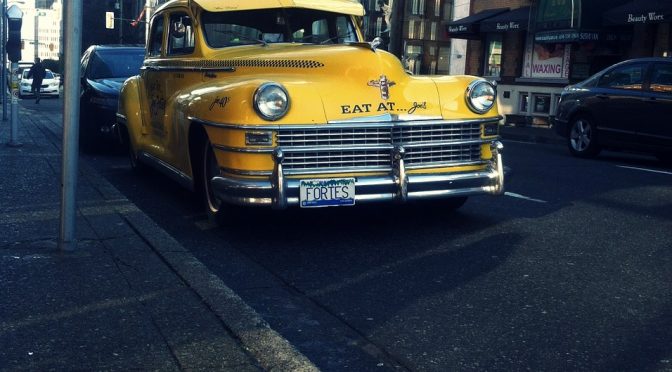 Update April 15 2019: Quebec government caved in to demands from taxi drivers and upped the total subsidy to a whopping $770 million dollars. Uber has also decided to play it nice and throw a bone to taxi drivers in Quebec by giving them an additional $44 million. This brings it up to $814 million dollars total subsidy to help taxi drivers with their taxi permit costs. This brings it to about $115,000 subsidy per taxi permit. Taxi drivers in Quebec are still not happy and want $200,000 subsidy per taxi and continue fighting to get more money.

Update August 18 2018: Quebec government has decided to give out $45,700 (even more to taxi drivers in Montreal and Gatineau) to each taxi licensed driver (at a cost of $250 million dollars to the tax payers in that province) to subsidize for heated competition from Uber. Quebec is the only jurisdiction in Canada to give out a compensation to a taxi industry.

Yet the members of taxi industry in Quebec were not pleased. George Boussios, spokesperson for Taxis du Grand Montréal said to Montreal Gazette:

Government of Quebec has decided to provide money to the taxi industry to compensate what taxi drivers claim is unfair advantage of Uber in the province. Some taxi drivers say it is not enough.

The exact amount will be provided on Friday this week. This subsidy will be to help the taxi drivers with a sudden drop devaluation in their taxi licenses costs.

In Quebec city, there is no public transit from the airport to the convention centre. Also, Uber share is not an option. Can it be any worse? It seems so.

On top of this subsidy, the government of Quebec has bent over backwards by providing over $250 million to the taxi industry in Quebec. That turns out around $30k per taxi driver.

When interviewed taxi drivers were not pleased with amounts:

Taxi drivers in Quebec have created chaos in the last few years, blocking roads and airports due to Uber pilot project.