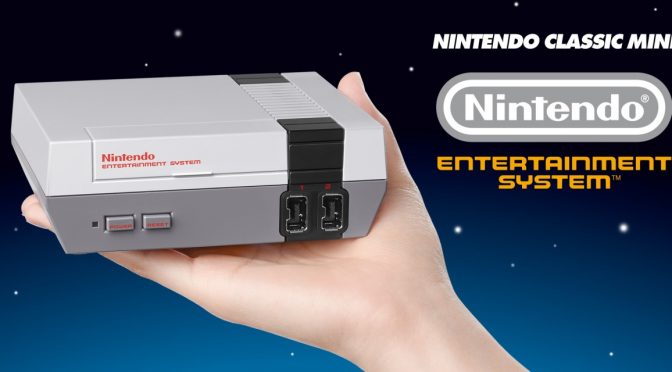 Update: Few weeks ago, when we wrote the story, it was clear that due to language requirements new super Nintendo was not allowed to be sold  in Quebec because it was not translated into Quebec’s version of French language.

However just recently, ToysRUs Canada has twitted that restriction has been lifed and now you can buy it in Quebec after all:

Great news: #SNESClassic will be available in Quebec – thanks! #Nintendo

This is quite interesting, because under recently introduced law new super Nintendo should not pass muster as it breaks the law under the provincial legislation (see below).

You have to wonder what happened? Did French Language Authority in Quebec have authorized the usage and made a one time exception for Nintendo, or were the rules changed in that province for uni-lingual games? Or maybe Nintendo complied and translated all games into Quebec specific French? No one knows for sure.

Should be lifted restrictions, a press release went out from Nintendo! (would be great if it was an exclusive though, lol) 🙂

Either way it is great story that it ended this way and now users in Quebec can be on par with Canada and the US and order their loved console even though it will be a max of one console per person and no preorders in Quebec.

If you are living in the province of Quebec, you might be surprised that you will not be able fulfill your nostalgia with an Old New Super Nintendo NES edition, featuring a lot of hit games from the 1990s.

This is due to Quebec recently introduced law in 2009 to protect French language requiring all toys / electronics to have Quebec French translation.

You can familiarize yourself with the law if you speak French here but basically it says that all games must be translated into Quebec French (French from France will not do) if it is also available in French in other parts of the world: https://www.oqlf.gouv.qc.ca/francisation/consommateurs/secteur/jeux_video/details_entente.pdf

Nintendo has decided not to bother with translation into Quebec French and 7 million potential customers in Quebec. Doing so would take ages to translate hundreds of old games from the 90s into this specific French used in Quebec.

Some users lashed out at Nintendo for lack of translation. While some others defended Nintendo and lashed out at Quebec instead as well as that province’s “oppressive regime”:

Why would you be disappointed with Nintendo when it's Quebec's oppressive language laws that are the problem.

NES Nintendo will be released to the world on September 29th, 2017 and is currently unavailable for purchase in Quebec. If you still want to buy it – you might need to bootleg it from neighboring Ontario  or the US.

Nintendo also stays clear of Quebec when it does its contests in America – where it excludes Quebec residents from entering its sweepstakes:

There’s still time to enter the #MarioSonicRio2016 Family & Friends Olympic Games Contest. Share your at-home recreation of the Olympic Games competition along with #MarioSonicRio2016 and #NintendoContest for a chance to win an awesome prize pack. Click the link in our bio for the official rules and contest details. NO PURCHASE NECESSARY. Void where prohibited. Open to legal residents of the US (incl. DC) and Canada (excl. Quebec), 18 years or older. Promotion begins 9:00 AM PT on 6/24/16 and ends 11:59 PM PT on 7/22/14. To enter, upload photo to Instagram using hashtags stated in Official Rules. Four winners will each receive: 1 Mario amiibo figure; 1 Sonic amiibo figure; 1 Wii U video game system; 2 Nintendo 3DS XL video game systems; 1 Mario & Sonic at the Rio 2016 Olympic Games video game for the Wii U system; and 1 Mario & Sonic at the Rio 2016 Olympic Games video game for the Nintendo 3DS family of systems. ARV of each prize package: $825.93. For Official Rules, visit http://Ninten.do/6189BQgjB. Sponsor: Nintendo of America Inc. © 2016 Nintendo. All rights reserved.