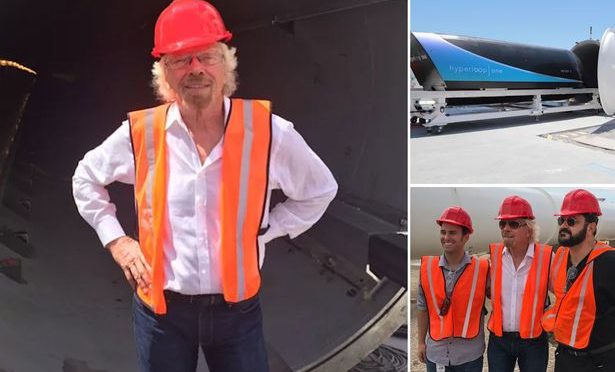 Richard Branson’s company Virgin has officially decided to back Toronto to Montreal Hyperloop project. This hyperloop between two Canadian major cities will bring the trip that usually takes around 6 hours to just 39 minutes if built.

Imagine taking 5pm Hyperloop to dine at Moishes Montreal Steakhouse just to be in your bed in Toronto later that same night. OK OK that is a joke we have some amazing Moishes comparable steakhouses in Toronto but that is still pretty cool.

Jokes aside – it would be interesting to see once completed whether the real estate and job market be affected. Will you be able to live in the Little Burgandy, wake up at 7am, eat a croissant and drink your coffee,  walk to Bonaventure get on the 8am Hyperloop  and arrive at 9am for your financial team lead development job at 20 Bay St near Union Station Toronto? Then grab a Starbucks coffee at 5pm get on 5:30pm and meet up with your friends at 7pm on a rooftop patio in Old Montreal to have a beer? Will Toronto real estate prices collapse or grow even more? Will Montreal’s?

“We’ll be able to move between cities as if cities themselves are metro stops,” Shervin Pishevar, the executive chair for Hyperloop.

When asked what affect this will have on Real Estate, Lindsay Listanski, the Senior Manager of Media Engagement for Coldwell Banker Real Estate, said:

“Historically, home values in cities and areas close to a train line are typically inflated. People sacrifice the size of their home for an easier commute, valuing their time over the luxury of space and/or location. With the Hyperloop, people who felt handcuffed to a train line or airport could have a whole new world of living options opened up to them. As of May, the Hyperloop team plans to connect 35 US states spanning over 4,000 miles.Bottom line? This could be the largest real estate disruptor that we have and will ever see in our lifetime. All I can say is it is a great time to be in real estate.”

What is this Hyperloop project you might ask? The Hyperloop is a tunnel the uses electricity to propel a pressurized pod through it at extremely fast rates, unimpeded by external factors. This allows for exceptionally fast travel over long distances.

It is run by a privately-held company with 300 employees that is looking to eliminate the barriers of time and distance and unlock vast economic opportunities. Their mission is to have operational systems by 2021 that would validate the ability to design, finance and build a safe, revolutionary transportation technology that scales.

The Toronto Montreal loop was chosen as a finalists from hundreds of potentials loops in the world and would bring the trip down from 6 hours to 39 minutes. While this project is far from being completed, sponsor and partner like Virgin with billions of dollars in assets will definitely try to push this project right along.

Some other Hyperloop finalists were: