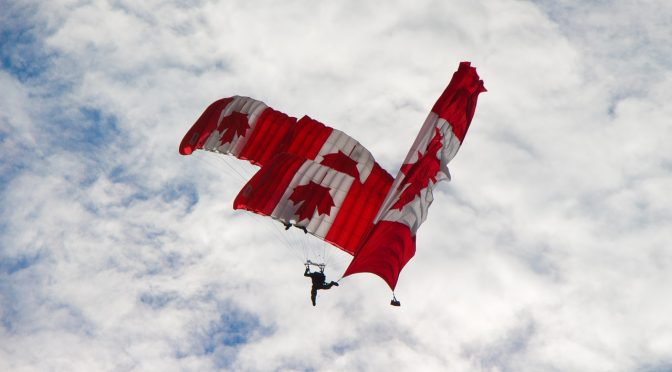 Most of tech super stars come from the United States, but there are some who brave or used to brave the cold north of the border in Canada. A lot of them still continue to live and work in Canada. Some of them moved have moved to the US: Silicon Valley, San Francisco, Seattle, New York.

Tobias Lütke
Tobias Lütke is CEO and co-founder of Shopify, the marquee shopping cart system of the e-commerce industry. As a programmer Tobi has served on the core team of the Ruby on Rails framework and has created many popular open source libraries such as the Typo weblog engine, Liquid and Active Merchant.


Allen Lau
Wattpad’s CEO and co-founder. 3x entrepreneur. Failed the first one. Sold the second one. Singing amazing grace in the third one.


Ryan Holmes
A serial entrepreneur, Ryan Holmes started his first business in high school, ultimately opening a string of ventures – from a pizza restaurant to a digital media agency – before starting Hootsuite in 2008. As founder and CEO, he has helped grow Hootsuite into the world’s most widely used social relationship platform, with 10-million-plus users, including 800 of the Fortune 1000 companies.


Rahul Sood
Founder of VoodooPC, luxury PC maker. CEO and founder of Unikrn, a gaming and eSports company based in Seattle.


Stephen Elop
Elop has a computer engineering degree—from McMaster University in Hamilton, Canada. Was president and CEO of Nokia as well as Microsoft.


Ethan Song
He is the CEO and Co-founder FRANK & OAK where he handles the member shopping experience, products development, marketing and sales.


Howard Lindzon
In 2008 Lindzon co-founded StockTwits, and is Chairman today. StockTwits was recently named “one of the top 10 most innovative companies in web” by Fast Company and one of the “50 best websites” by Time.


James Gosling
Father of Java. Working at Liquid Robotics – Hacking ocean-going robots and housing their data in a cloud. Is he related to Ryan Gosling? No, they are not! James Gosling is a world renowned computer scientist, better known as the Father of Java programming language, while Ryan Gosling is a famous Hollywood actor, director and screenwriter. However, they both are Canadians, so they are related in some aspect.


Anyone we missed let us know in the comment section below.