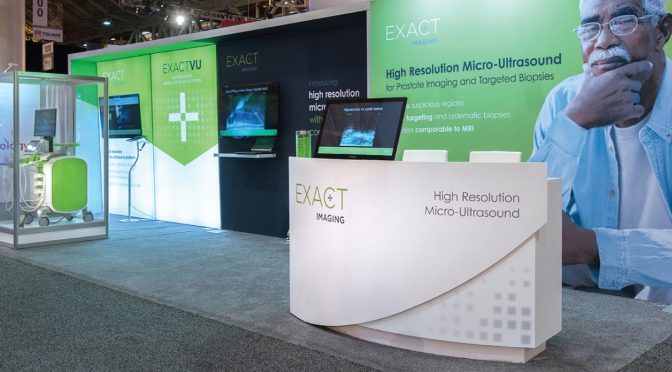 Exact Imaging secures CDN $21.5 Million in financing to support the commercialization of Its new disruptive ExactVu™ Micro-Ultrasound for prostate imaging and biopsy.

Exact Imaging, the world’s leader in high resolution micro-ultrasound systems enabling real-time imaging and biopsy guidance for the prostate, announced it has secured CDN $21.5 million in a Series C investment to commercialize its ExactVu™ micro-ultrasound system. The financing, which closed late in 2016, was co-led by Lumira Capital (Toronto, ON) and Vesalius Biocapital (Luxembourg) with participation from numerous new investors including PMV (Participatiemaatschappij Vlaanderen) (Brussels, Belgium) and strong support from existing investors including iGan Partners/Rowanwood Ventures (Toronto, ON).

The company intends to use the funds to commercialize its ExactVu™ micro-ultrasound system.

The company has also just recently got FDO approval:

“This has been a great few weeks with the receipt of our 510(k) clearance and the announcement of our CE approval just two weeks ago,” says Randy AuCoin, Exact Imaging’s President and CEO. “These important regulatory approvals will allow our commercial team to start fulfilling the pent-up demand for the ExactVu micro-ultrasound system. The era of blind, unguided biopsies is coming to an end and urologists are searching for new tools that leverage break-through technologies, familiar workflows and allow them to benefit from improved imaging resolution to target their prostate biopsies. Our platform is such a solution – it images in real-time, it is located in the urologist’s office, and it is ultrasound-based. Most important, it allows for the guidance of both systematic and targeted biopsies due to its exquisite resolution”.