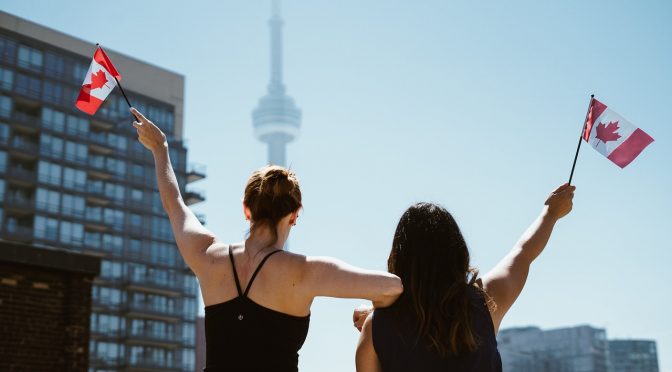 According to KPMG recent report The Changing Landscape of Disruptive Technologies, Toronto was named a leader in the technology innovation hubs. Toronto has been in the news a lot lately due to being picked as a potential Amazon pick for HQ2 and other reports ranking Toronto highly when it comes to technology.

The report stated that:

“In Canada, Toronto’s strong ecosystem helped it draw 6 percent of the globe vote while on the western coast, Vancouver was named 1 percent of the respondends as a potential leading hub over the next four years. The tech sector in Canada continues to demonstrate robust growth led by advances in AI.”

“Canada’s tech sector continues to surge, and the country remains a target destination for thriving global companies and entrepreneurs seeking access to a diverse, highly skilled and milticultural workforce. Smart, early-stage investment in AI and fintech have helped Canada become a research leader in machine learning and deep learning, setting stage for Industry 4.0.”

While Toronto is not #1 in the research it did beat out cities like Hong Kong and many US cities like Los Angeles , Seattle and Austin, Texas. When it came to Canada , report mentioned that investments in AI and fintech helped Canada tech sector to thrive. As well as university research and infrastructure is there to support the ecosystem. Local companies like Shopify and Blackberry cemented Canada’s status as leader in R&D and innovation.

Toronto is home to over 4,000 startups making it one of largest hub in the world when it comes to tech. Toronto added 22,500 jobs in a matter of one year in 2016 with companies like Google and Amazon hiring more developers in Toronto.

Report also highlited that Toronto will soon be developed as a smart city by Google’s Alphabet. It will be first in North America to be built around IT and use data about traffic , noise, air quality, and peformance of systems.

Report also mentioned Waterloo region as Toronto’s sidekick and only 18 minutes away by plane from Toronto. Report said that Waterloo is one of the best and top performing tech markets.

Canada is a leader in AI with fed government investing $96m USD to accelerate research and commercialization of AI.

Last but not least, report highlighted that over 300 fintech companies call Canada home and expecting accelerated growth over the next 5 years. Report notes the reason for growth is due to big banks getting into the game due to market disruption by starting their own or buying our fintech and AI startups.

Report wrapped up with few notes to highlight a potential downside to sector’s growth.