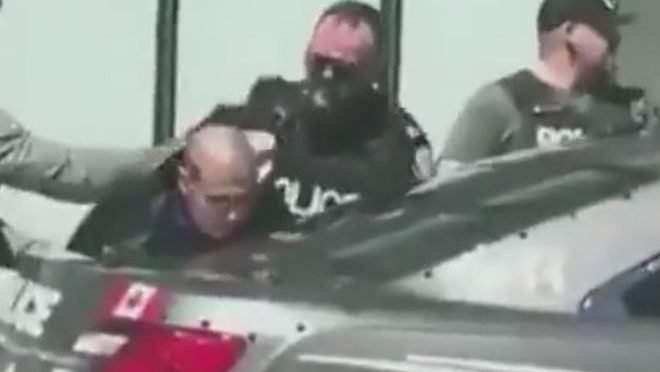 Alek Minassian, a Toronto mobile developer and a student, rented out a van, and drove it down a busy Toronto street running over and killing 10 people and injuring multiple others.

Noone knows yet the motive for his actions, but all we know is that multiple people are killed and injured.

So what do we know about this Alek Minassian?

He is a developer and a college student at Seneca College. He is 25 years old, and grew up in Toronto suburb of Richmond Hill, one of the richest neighbourhoods in Toronto, Ontario.

He did try to flee the scene and used a fake gun to scare the police.

After multiple pedestrians plowed down on Toronto sidewalk, driver gets out holding what appears to be a gun. Police arrest him. No shots fired. pic.twitter.com/xWHeylS1d8

The cop in the video shows extreme restrain and bravery while apprehending the suspect.

Alek was a mobile app developer who created an app called “Toronto Green Parking Advisor” downloaded more than 100 times. You can get it if you have an Android on Google Play.  It seems like the app allows you to search for parking locations in Toronto near a given address. The address can either be your current location or an address you specify. Parking locations can either be viewed in a list or on a map.

Furious users went on the app’s website after the attack to leave their negative reviews in the app comments section:

It seems like Alek really wanted to become a professional developer getting involved in Seneca’s Centre for Development of Open Technology development project at Seneca College.

The program works by creating one or more objects and placing them on a Scene. It then adds one or more light sources and traces them as they reflect off or refract through objects.

So once again, noone knows why he did it. But it seems like mental illness could be at play. Some of his classmates at school described him as an odd and weird.

We here at PlanetWeb , send best wishes to everyone affected by this tragedy and would like to leave you with this quote:

Maybe they should ban automobiles?

You can ban stuff all day, but you can’t ban evil