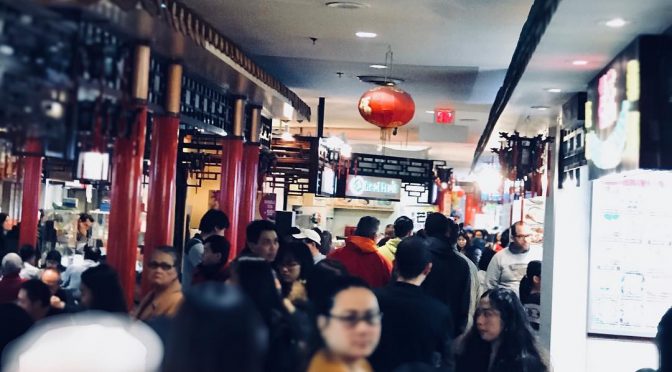 Pacific Mall in Toronto area of Markham said that it will clean up its mall from counterfeit and pirated products. This comes after the US government declared the mall as the most notorious in the world for counterfeit and imitation goods.

In January, US government said that the Toronto area mall, compromising mostly of 450 stores catering to Mandarin speaking clientele in the area, is “one of the world’s notorious sources of counterfeit goods”.

US government’s report added that vendors at Pacific Mall “operate largely with impunity (as) requests for assistance from local law enforcement have reportedly gone unanswered.”

Pacific Mall said it was  “deeply disturbed” by the recently learned report that “suggested that some vendors in the mall are selling imitation goods.”

“We are deeply disturbed and disappointed by this news. Management takes compliance with the laws and regulations that govern the sale of goods seriously. We will be implementing stringent internal measures to stop imitation goods from being traded or sold in the mall.

Pacific Mall is not only one of North America’s busiest retail centres but it also acts as a unique cultural hub for Toronto and GTA residents. Moreover, Pacific Mall has been a retail attraction for millions of local and international tourists. We hope to reaffirm the public’s confidence in Pacific Mall as a place where consumers and families can find a wide array of cultural opportunities and products at great value.”

This is not the first time mall has received attention from authorities. In 2009, the RCMP as well as local Police have done patrols in the shopping malls around Markham including Pacific Mall in order to eliminate the sales of counterfeit items.