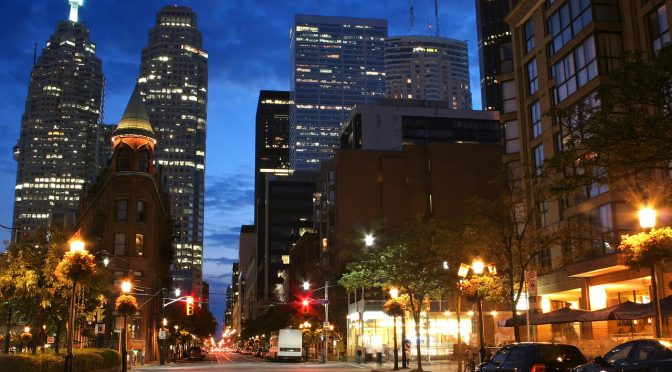 Amazon is getting ready to pick its second head office from the list of 20 cities they have shortlisted just few months ago.

Amazon officials have been visiting the 20 different cities and going over various stats for each city. If chosen, the city is bound to receive $5 billion dollars (that’s with a B) and 50,000 jobs. No one is quite sure who will get it though.

Toronto, the only Canadian city chosen, have been vying to be selected but unfortunately unlike its American counterparts is restricted from offering tax incentives.

But it is not gave over just yet, a new study published by Resonance, sees Toronto as #2 city on the list after New York. Their own analysis was based on cultural community fit, quality of life, housing affordability, recreational opportunities, business environments and the availability of talent.

Here are the 5 cities with the best shot at #Amazon #HQ2, according to Resonance cities data and research. Drum roll, please 🥁… https://t.co/ahK2KLr58d #AmazonHQ2 #EcDev #BestCities

“Canadian cities like Toronto, a place that scored very well in our analysis and has both the people and the land… are prohibited from offering the tax incentives that U.S. cities can.

Amazon’s announcement last week that they will be expanding their team in Vancouver to around 5,000 employees also makes it less likely that they would choose another Canadian city for HQ2.”

I guess we will have to wait and see.