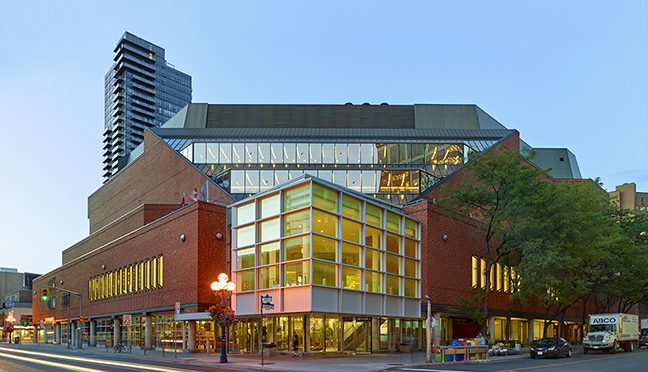 Toronto users rejoice! No need to pay for Netflix if you want to watch quality movies. Toronto Library has got you covered. All you need is a library card and few minutes to setup your account.

Toronto Library have introduced the free video streaming service to over 30,000 streaming videos with their partner company Kanopy, based in San Francisco. In comparison, Netflix offers a total of around 13,300 titles worldwide.

We’re adding 30,000 new streaming videos to our collection! The selection of films is outstanding. It includes titles from producers including the Great Courses and PBS, as well as award-winning indie, documentary and Canadian films. Hundreds of new titles are added each month.

How much it will cost you ask? Absolutely nothing. Free. Zilch!

So how does Toronto Library Movie Streaming works?

Toronto, this is a free streaming service with an amazing selection so please get yourself a library card if you don't have one

What’s there to watch?

You have access to over 30,000 streaming videos. Films like Maudie, Brooklyn, Ingrid Goes West, Paterson and I am Not Your Negro, the Oscar-nominated documentary narrated by Samuel L. Jackson, are available for you to start watching right away.

You have to be a proper city Toronto resident to obtain a FREE library card unless you are a non-resident who works, goes to school, or owns property in Toronto.

If you reside outside of the City of Toronto – you might consider the option of paying a fee to obtain a card that is valid for either 3 months or 12 months at a time. The fee for non-residents is $30.00 for 3 months or $120.00 for 12 months.

Ottawa Library also uses Kanopy so you can use that library card to get connected as well. Also if you are going to university or college – you will be able to get access through that as well.

Last but not least, there is competing service called Hoopla where you can borrow digital music, video and comics to stream, and it covers roughly 7,000 libraries in the United States and Canada; a full list is available here. If you live in Oakville for example, you can access it here.

What are you waiting for?

Watch out Netflix, with library card you have the power. What are you waiting for? Sign up here to watch Toronto Library streaming service free.