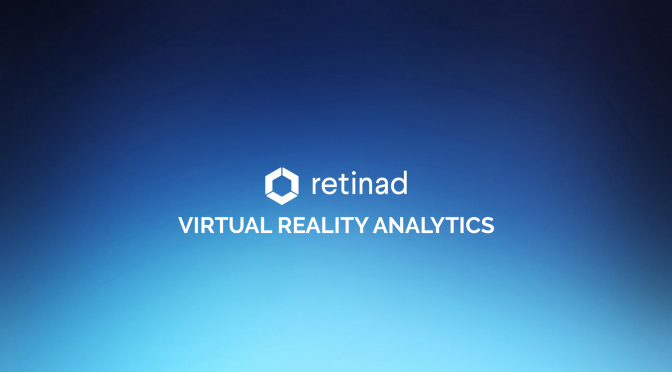 Retinad is the leading VR analytics platform for VR/AR and 360 videos. We help marketers, advertisers and creatives measure human behavior in immersive media through head movement.

We sat down with Alexander Haque to talk more about his startup:


Who started the company? Do you / team members have tech background?
Kevin Ouellet is the CTO and Alexander Haque is the CEO. Kevin has 16 years of VR development experience, having build some of the earliest haptic prototypes and experimenting with pre-Oculus headsets. Alex previously founded a company called Igloo, which was a platform for viewing and managing 360 virtual tours in the real estate space.

How are you being financed?
We have received two rounds of financing from angels and investors both locally in Montreal and internationally in Silicon Valley, Japan and New York.

What do you think will be / is a big obstacle to overcome?
The VR industry itself. It has been a slow uptake from a consumer point of view and has thus resulted in us shifting away from being VR-only focused to focusing on the gateway media, 360 video, which can be consumed on smartphones today.

How do you go about finding good developers / IT guys for your company?
Recruiting at meetups and word of mouth from friends.

Who is your biggest competition?
Video platforms already offering VR analytics such as Jaunt or Littlstar — and the VR market itself.

How are you intending on taking your company to million dollars in revenues? In what markets?
We can scale with programmatic advertising and marketing campaigns optimized for 360 distribution. The largest markets for this are the United States and China.

What is the big lesson you’ve learned (success or failure) with this project.
The biggest failure has been not adapting fast enough to external circumstances. The biggest success has been surviving the ups&downs of the VR market. In short: Learning how to never stop moving forward while being punched in the stomach.