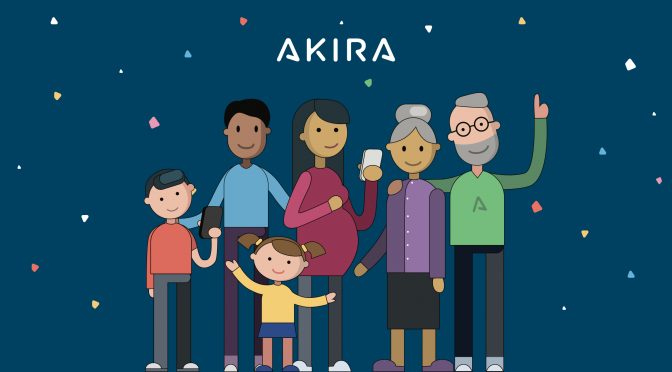 Akira is a doctor in your pocket – we provide instant, on-demand access to Canadian doctors & nurses through our mobile app. You can get help with troubling symptoms, renew prescriptions, get specialist referrals – all without having to leave home or work.

Long-term, we’re on a mission to bring high-quality healthcare to all of humanity. We plan to do that by building “Akira”, a smart medical assistant that can help healthcare providers around the world make better decisions. Think of it like an Iron Man suit for medical professionals.

The three founders are:

Dr. Taha Bandukwala (Chief Medical Officer) – Entrepreneurial radiologist with several startups under his belt, including the e-consultation platform Consult Conduit. Taha and Dustin met when they were 16 at nerd camp (Shad Valley).

Matt Zukowski (CTO) – Trained in cognitive science & AI, formerly the lead architect at AdTech company AdParlor. Matt is the one who keeps Taha and Dustin grounded in technical reality.

Our goal was to build a company that was ambitious in all areas – clinically, technologically, and as a business.

We’ve mostly raised from super-smart angels thus far, like Shopify CEO Tobias Lütke and Dragon’s Den personality Harley Finkelstein. We’re currently wrapping up a seed round that we will be announcing in early 2017. Our biggest obstacle lies in changing behaviour – the delivery of healthcare has functioned in a very similar way for almost 100 years. We need to help people understand exactly what role digital health should play in their lives (and conversely, where it’s not the right tool).

Our two biggest secrets: work on something that people really care about, and pick a technology stack that good developers want to work in. The former is really helpful because having a clear, meaningful mission attracts people who are tired of the meaningless hype that can sometimes pervade the tech industry. From a tech stack perspective, we have lots of interesting problems to work on – we have native iOS and Android apps, a complex React web app used by our doctors, a Ruby back-end, and lots of different analytics platforms that need to work together. We’ve built a strong engineering culture and have a get-shit-done bias that I think is unusual in the healthcare space.

Interestingly, our engineers work on software that directly impacts peoples’ lives. There’s no greater satisfaction than hearing a patient talk about the impact we’ve had and knowing that your code made it possible.

We compete with business as usual. Most people, particularly most Canadians, have never experienced what services like Akira can offer. So their default behaviour is to continue going to walk-in clinics or googling their symptoms. Education is one of the most important facets of how we market our service – people want to know what they can and can’t use Akira for, whether it’s appropriate for their kids, etc. We’ll surpass a million dollars in revenue in 2017. We’re focusing right now on the Canadian market, since we think it’s essentially a blue ocean, but our long-term goals will take us into other parts of the world like Asia or South America. We think we can get to $100MM in revenue in Canada alone given the sheer scale and scope of the healthcare industry.

Charge for your service/product as quickly as possible. We gave away too much for free early on and missed a valuable opportunity to debug our business model – as soon as we turned on payments, we realized that a bunch of our assumptions were wrong and we had to scramble to fix things. Realizing that 6 months earlier would have saved us a tremendous amount of headache.