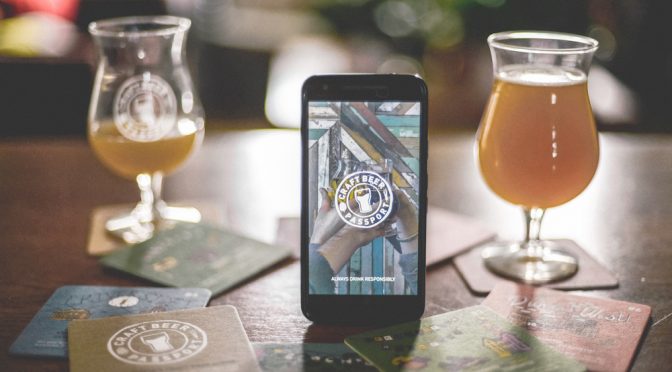 Basically you prepay for the beers, and then get your beers for $2 per 12 oz or 340 ml. Stuff you prepay for expires in either 3 or 6 months so you better drink up. The app also allows you to try and find some craft beers you never tasted before and recommends them to you when you pick a bar to go to.

This app has been years in the making and includes a custom beer map, profiles of each bar/brewery, flexible payment plans and more to help Toronto beer lovers explore their local craft beer scene affordably! You can download it here for iPhone: https://itunes.apple.com/ca/app/craft-beer-passport/id1231854360?mt=8 and Android: https://play.google.com/store/apps/details?id=ca.craftbeerpassport.passport&hl=en

It seems like the app is only available in the City of Toronto not even in GTA / suburbs, and Toronto is the only city for now. Many more locations to come please? Trekking from Oakville to High Park for a $2 beer might prove challenging no matter how much you love beer. 😉

We sat down with Michael Stulberg , app founder, to get some more details about his beer app:

Michael – tell us more about your app:

Craft Beer Passport is currently being financed by Futurpreneur and through revenues.

Our greatest challenge to overcome is to expand to other cities while keeping the hyper-locality at the core of our brand–and the craft beer scene in general–intact.

James was a neighbor of mine. We met in the neighbourhood and we became basketball friends. Later when I was in need of a developer he offered up his services!

As of the time of writing, there are no other competitors in this space in our markets. There are small upstarts across North America but few have had our success and even fewer have a mobile app.

How are you intending on taking your company to million dollars in
revenues? In what markets?

We need to expand to other cities and focus on digital marketing initiatives in those spaces. Implementing a referral and gifting system on the app as well as an advertising stream will help our revenues grow.

What is the big lesson you’ve learned (success or failure) with this
project.

The greatest lesson i’ve learned has come into play during sales conversations. Perhaps this is a Canadian phenomenon but there is a tendency not to say ‘no’ but simply to fail to return calls, show up to meetings, etc. My philosophy has become ‘only take no for an answer’; which is to say, don’t stop selling until you get a definitive negative response.

Watch video about the app:

How It Works! from Craft Beer Passport on Vimeo.