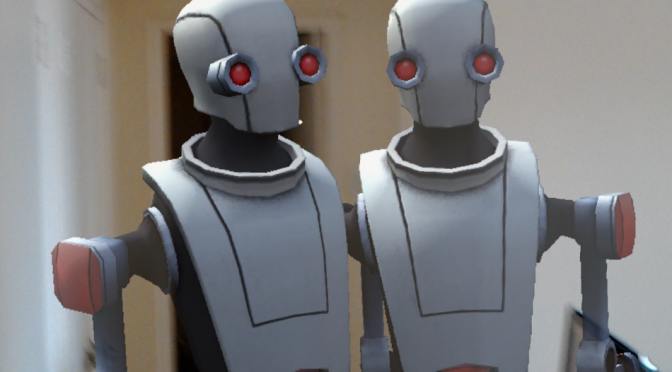 thynq3D is a mixed reality development company that created a social holographic chat platform called myxd3D which is extendable to any industry to remotely connect users as avatar representations within each other’s physical environment.

thynq3D along with the myxd3D application was created by Jason Evans and Sean Ong. Jason has a background in healthcare and specialty pharmacy industries while Sean has a background in the engineering industry. Both Jason and Sean were selected by Microsoft as Wave 1 mixed reality developers for the Microsoft HoloLens when it was first released in March, 2016. That is when they joined forces to create a communications tool within this exciting new mixed reality medium where digital and physical
worlds are blended together allowing users to interact with the
holographic objects which are overlaid through a combination of gaze, gesture, and voice commands. The development efforts and associated costs have been funded by both Jason and Sean. We are happy to discuss possible new relationships with those who may find value and genuine interest with our efforts and the technology.

Mixed reality technology is a new computing medium. What we are seeing right now is similar to version 0 of the iPhone before it was released to the public. We are hopeful that end user adoption of the hardware will occur once the commercial versions are available and the technology matures. Enterprise users are expected to be mainstream users for the technology however in order for our software to be used, enterprises must first make the investment in the hardware technology.

Currently we look for developers who have a strong .NET/ C# background along with knowledge of Unity3D and 3D modeling. Full-stack development with strong architectural knowledge is ideal. They should also have a very strong interest in artificial intelligence and machine learning technologies. The Mixed Reality development community is growing by the day as the HoloLens developers edition is now available in many countries. Development for the HoloLens and other immersive mixed reality devices are for the Universal Windows Platform for Windows 10. The ability to communicate in a mixed reality environment will eventually be a mainstream feature in all mixed reality applications. thynq3D was the first to build and offer this feature in our myxd3D application. The myxd3D application can be pivoted to support any industry for educational, training, knowledge management, entertainment, gaming, engineering, product development, project management, or to support many other business use cases. Microsoft recently acquired AltSpaceVR and have different
business use cases although have managed to provide a strong solution for supporting multi-user communication purposes.

How are you intending on taking your company to million dollars in
revenues? In what markets?

We are licensing our technology to various enterprise stakeholders across several industries. The app is currently offered for free to drive user adoption and we plan to extend the application to additional hardware including smartphones, tablets, computers, and other virtual reality/ augmented reality devices. We are currently building in-app purchasing capability and will offer a tiered software-as-a-service subscription model. Overall interest has been strong and the myxd3D application technology that we built has been well received.

What is the big lesson you’ve learned (success or failure) with this
project.

The big lesson that we’ve learned so far is that if you can think it, you
can create it. This is the next step in computing technology and
completely transforms the way that we can interact with the world.