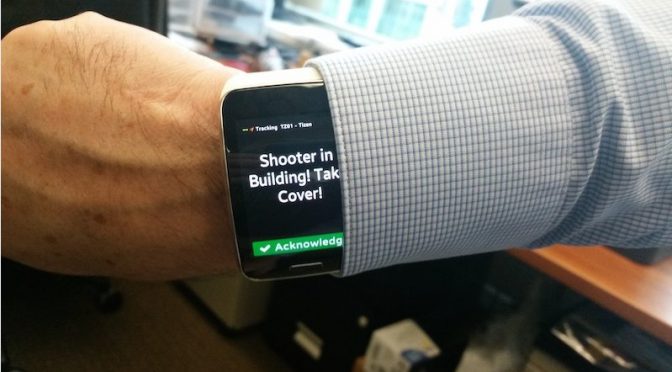 CommandWear has raised approximately $1 million through Angel financing since its launch in mid-2013 and is currently self-funding through major contracts. The company is contemplating opening a Seed round in 2018 to expedite penetration into lucrative international markets.

Many first response agencies are skeptical of relying on cellular (or WiFi) networks and commercial smartphones/tablets for response operations. As broadband and smart devices become more broadly adopted and accepted, especially with rollout of FirstNet, applications like CommandWear will become standard kit.

CommandWear is based in Vancouver, B.C. (Canada) which has grown into a major tech hub in North America; however, many leading tech companies have entered the Vancouver market and are offering lucrative remuneration packages to snap-up top talent. Smaller companies like CommandWear rely on perks like flex time, work from home, stock options, making a positive contribution (e.g. helping save lives), and having a much larger impact on direction of the product. We find talent through tech meet-ups, online career sites like Indeed and word of mouth.

Large dispatch vendors are extending access to their systems through mobile apps. Of course, this means their apps are typically proprietary (works only with their backend systems) and tend to be exponentially more expensive to license and maintain than an open software platform solution that can interoperate with multiple competing dispatch systems.

CommandWear has proven its technology through operational field deployments in North America and has its sights set on much more lucrative international markets facing increasing security threats and civil unrest. The company has already secured a major project in Southeast Asia and is seeking international distribution partners in its key market sectors. CommandWear also plans sees opportunities to expand into the much larger industrial, commercial and consumer markets.

The time and funding it takes to gain traction, especially in the North American public safety market. We’ve spent a great deal of time validating the business value of our technology with high profile champion customers. However, the extra time and investment to do things properly is a key to leveraging sales into the international market.